Attendees pass up a gender-neutral restroom at the Hilton Chicago hotel in Chicago during the National LGBTQ Task Force conference on Jan. 21, 2016. (Antonio Perez / Chicago Tribune)
Matt McCallContact ReporterChicago Tribune
Tara Crockett feels uncomfortable entering a women’s restroom. It reminds the Oregon State University student activist, who does not identify as male or female, that the world often doesn’t recognize everyone.
Standing in front of two gender-neutral bathrooms Thursday at a National LGBTQ Task Force conference in Chicago, Crockett, who uses the pronouns they/them, said gendered restrooms are unwelcoming.
“It doesn’t feel good,” they said. “I’m reminded of the gender-binary that enforces the erasure of me.”
For many transgender and gender-nonconforming people, finding and using public restrooms is less a relief than an anxious task. They fear harassment or attack for their appearance. Many use apps like Refuge Restrooms, an online database of gender-neutral bathrooms, to find a safe place to go.
Mickey Mahoney, founder of the Chicago Restroom Access Project, has a simple solution to provide safe facilities to people who need them: Convert any single-occupancy restroom in Chicago to gender-neutral by changing the sign on the door.
Schmich: Gender neutral bathrooms signs of progress
That’s why at this year’s Creating Change Conference at the Hilton Chicago on South Michigan Avenue, each tote bag that the thousands of attendees from across the country receive at registration will include a survey with four proposed designs for a new sign. The designs are a toilet, a man and woman, and head and shoulder silhouettes with the phrases “for all restroom” and “for all toilet.” All of the signs include changing table and disability access logos.
A workshop on bathroom access will also be held at the conference at 6:30 p.m. Saturday.
Anyone not attending the conference can visit the Pride Action Tank Facebook page, with which the restroom project is affiliated, to pick their favorite sign. Once selected, the activist group will offer the signs to local businesses, schools, nonprofits and government offices in Chicago. The survey will be open until March 1.
“In general, this is to have a safer space for everyone,” Mahoney said.
A growing movement of LGBTQ advocates for gender-neutral restrooms, or all-gender restrooms, is challenging perceptions about how public bathrooms are used.
A group is pushing for more access to gender-neutral public restrooms in Chicago. Here, the four choices of signs the group is asking people to vote on. (Chicago Restroom Access Project)
Earlier this year, New York joined Washington, Philadelphia, San Francisco, Austin, Texas, and a number of other U.S. cities that have passed bills that make all single-occupancy city bathrooms gender neutral. Some require new buildings and renovations to include gender-neutral bathrooms. Last fall, Evanston’s City Council passed an ordinance requiring gender-neutral bathrooms in public spaces in some instances, such as when a facility has only a single-occupancy restroom. The Occupational Safety and Health Administration has added gender-neutral restrooms to its list of best practices. In April, the White House added a gender-neutral bathroom.
Mahoney said that eventually he would like to see a similar policy in Chicago.
Sasha Buchert, an attorney at the Transgender Law Center whose firm helped develop the San Francisco bill, said that gender-neutral restrooms are for more than just transgender or gender-nonconforming people. They also are for parents of small children of a different gender and caretakers of the elderly and disabled who may have to assist someone using the restroom.
“It’s a common sense, no-cost solution to a common problem,” she said.
Stacey Long Simmons, director of public policy and government affairs at the LGBTQ task force, said the absence of dignity and safety for transgender and gender-nonconforming people is an issue. She said that transgender men and women often cannot use the bathroom of the gender they identify with and also are turned away from the restrooms they are allowed to use.
“Trans women wanting to access a female restroom are told, ‘No, you don’t look like the kind of female we want in our restrooms,’ ” she said.
COD opens first gender-neutral bathrooms, has plans for more
A Washington-based study from the Williams Institute found that transgender people’s negative experiences in public restrooms have a negative impact on their education, employment, health and participation in public life. In that study, 58 percent of respondents said they had avoided going out in public because of the lack of safe restroom facilities and 54 percent reported health problems related to avoiding public restrooms such as dehydration and infections.
Some bills have targeted transgender people. In December, Jim Tomes, a Republican state senator from Indiana, proposed a bill that would prohibit transgender people from using bathrooms and locker rooms that do not conform to their gender at birth. The bill would send offenders to jail for a year and fine them as much as $5,000.
The Houston Equal Rights Ordinance, which protected transgender people from discrimination, was rejected by voters last year. Houston Mayor Annise Parker, who is gay, blamed the rejection on a campaign with the slogan “No Men in Women’s Bathrooms.”
Gina Olson, a member of the restroom project and associate director at the Center for the Study of Gender and Sexuality at University of Chicago, said there are other practical reasons for gender-neutral restrooms: Sometimes the line for one bathroom is long, while there’s no line for the other, creating a circumstance where people are waiting for no reason.
“The biological sex of someone is no longer a measure of whether they should use a bathroom,” she said. “It’s a basic issue of belonging, safety and equality.”
mmccall@tribpub.com
Twitter @MatthewMcCall_
Copyright © 2016, Chicago Tribune
Join 2,930 other subscribers 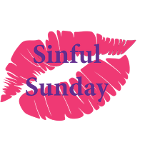 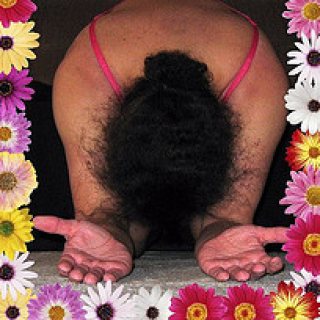 An Adult little girl carrying on with her Daddy in Heaven

The Art of Sardax
DARK ARTS
Life of a Kinky Wife